The event was a great success as the diverse lineup of stands and activities coupled with perfect weather conditions drew the crowds to Trinity Park in Ipswich. It was so successful that the overflow car park was opened for the first time in 12 years!

As part of her duties at this year’s show Bee presented to the winners of the Shetland Pony Grand National. Amongst the parents watching the competitors were famous champion jockey’s Bob Champion and Frankie Dettori. 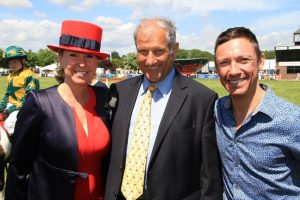 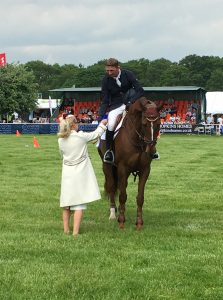 Bee presenting the prizes to a competitor.

As soon as one show finishes preparation begins straightaway for the next year’s show to be held on the 30th and 31st May 2018.